“Always bear in mind Ithaca. Arriving there is your destination…”
Konstantinos Kavafis

The island of Ithaca is famous all over the world as homeland of Ulysses, the shrewd, resourceful hero of Homer’s Odyssey.

Vathy is the island’s capital, a traditional settlement that has a beautiful natural bay bordered by the Islet of Lazareto and protected by its two small Venetian castles.

We continue to Perachori, built on a mountain slope with a marvelous view of the bay, whence we visit Paliochora, the island’s old capital, to see the ruins of houses with strong signs of medieval architecture and the churches with the priceless Byzantine frescoes.

On our way to Northern Ithaca, we visit the interesting Cave of Nymphs, known also a Marmarospilia (Marble Cave), with the impressive stalactites, where Ulysses hid Phaeacans’ gifts when returning to Ithaca.

Carrying on with our trip we come across the Aetos, a land strip with a lovely natural bay on one side. The picturesque bay of Piso Aetos lies on the other; a small port connecting the island to Kefallonia.

The Cyclopean walls of the Alalcomenan city’s ancient citadel are situated on top of the hill. Called Ulysses’ Castle by the locals, it is here that Ulysses’ Palace is believed to have stood.

Going up towards the mountain of Niritos, we come across the Abbey of Panagia Cathariotissa, patron saint of the island, which is a place of spiritual uplifting and a point of reference to Ithacans around the world.

We continue to Anoghi, one of the oldest villages in Northern Ithaca, with the church of Kimisseos Theotocou (Assumption of Virgin Mary) dating back to the 12th century. The church boasts wonderful frescoes and a bell tower of Venetian style.

Stavros is also worth visiting, having Ulysses’ effigy and the archeological museum in its central square, with its significant findings dating back to the Mycenean and the Corinthian Periods.

The Cave of Loizos is situated at the picturesque port in the bay of Poli beneath Stavros.

The extension of the road leads to Frikes, a small fishing village, believed to have been the Homeric port of Reithros. Passing the small coves with dreamy beaches Limenia and Kourvoulia and some ruined mills, the road goes down to the most quaint and cosmopolitan small port in the island, Kioni, where yachts from all the over world flock. It is a traditional settlement, built amphitheatrically around a small, wind-protected cove. 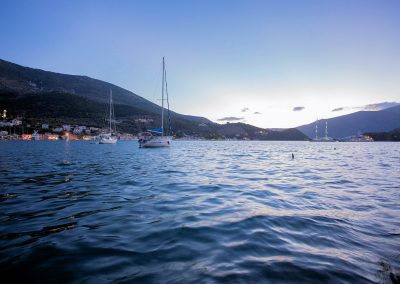 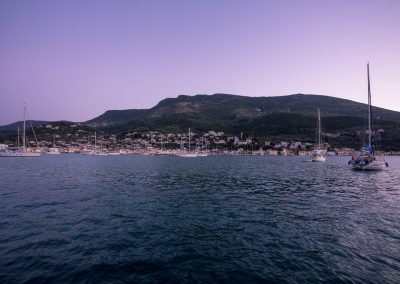 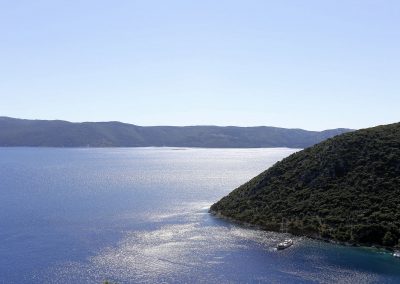 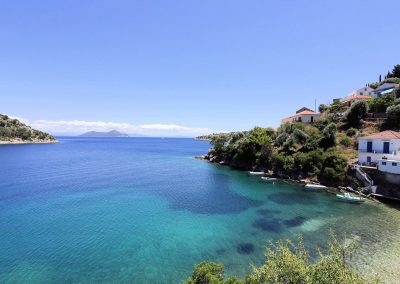 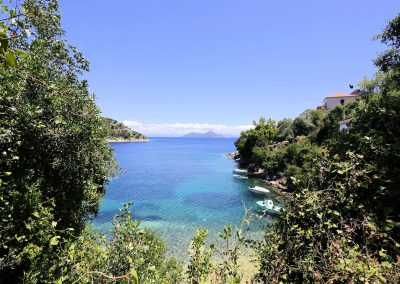 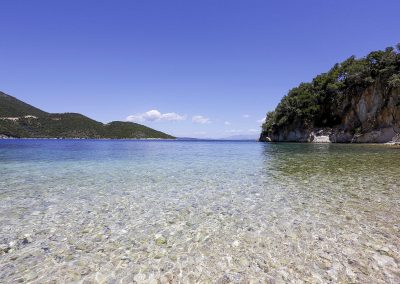 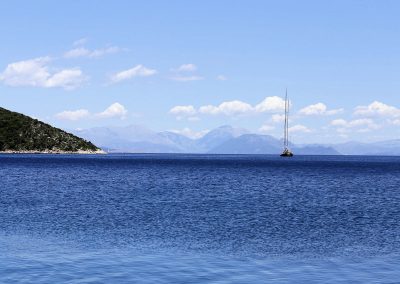 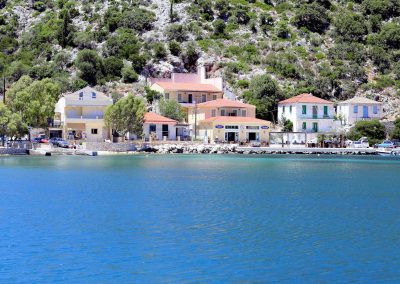 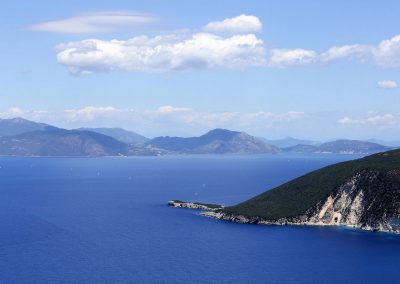 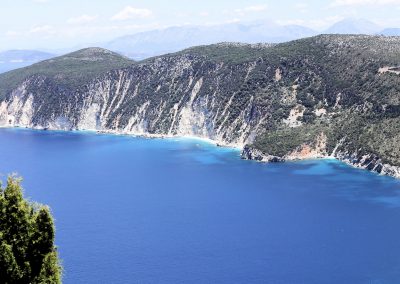 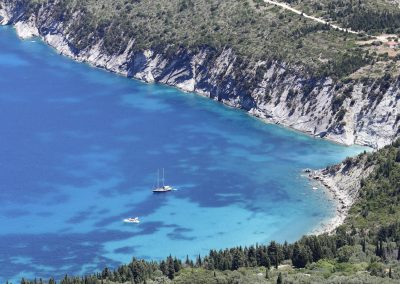 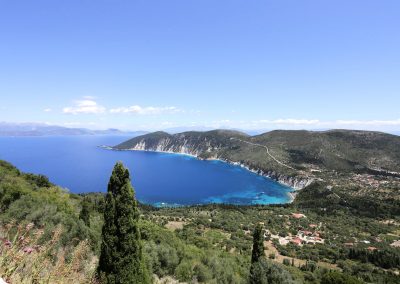 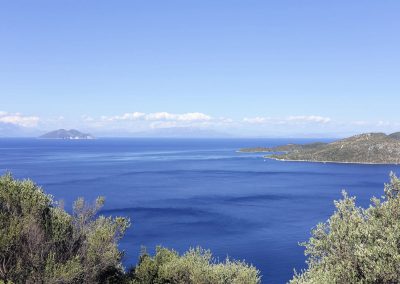